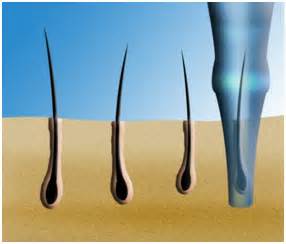 In the last hundred years science bestowed unparalleled refinements to the stream of medical care and treatments. Hair re-growth however remained to have gained the most only in the last decade or so.

Though many developments in the field were initiated and bettered in the first half of the 20th century by the Japanese dermatologists and cosmetic surgeons but the World Wars kept the developments away from western world and thus away from purview of the world in general and popularity.

The first instances of major breakthrough in the field of hair transplant can be traced to 1930. This was the year when Dr. Sasegawa brought to fore his research related to transplantation of hair shaft over skin surface. His studies confirmed the phenomenon of Donor Dominance, which later was to become the platform for all further research, studies and experiments in this field.

Throughout 1940s and up to 1958, several other Japanese doctors forwarded the cause and in 1960, it was for the first time that doctors were able to successfully claim the process of hair transplant. The process they followed was theoretically the same that is in practice now; however, the results were not promising.

The grafts used for implantation over the bald or thinning area contained 6-10 follicles which resulted in clumped or skewed growth of hair. The look it offered was not natural and was also popularly called the Barbie Doll look. Further, doctors experimented with less numbers of follicles, but the look only changed to a Plug look from the earlier clumped look.

By 1980 and early 1990, rapid technological advancements allowed dermatologists to better their process and reduce the number of follicles to 5 per graft. The results by the time were promising but still far from being natural. The number of grafts implanted per sessions also got enhanced with better technology and medical infrastructure. The best implantation rate at that time happened to be of around 500-800 grafts per session.

However, with introduction of extraction and implantation of micrografts in the last 5 years, thins changed for the good. At present expert dermatologist use advanced robotic Perfect-i method that are even better than FUE and FUT technique. Though FUE and FUT methods which were the first techniques that significantly offered natural look and natural hairline, are still used largely but are paving way to much better Perfect-i method.

In the Present Time

The modern method of Perfect-i not only offer 100% natural look and distinctly natural hairline but is also economical and quick. This method is non-invasive and do not cause pain. The wastage of hair grafts are also to bare minimum and thus the process is considered ideal even for people who are scarce on donor hair grafts. However, the desired results can only be achieved if the equipment used is the best and the hair transplantation is performed by highly experience dermatologist or hair loss treatment expert. 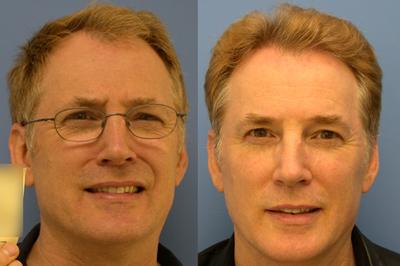 How much Hair Density a Hair Transplant can provide?