The hair transplant community is surrounded by several theories and myths with regards to the genetics of hair loss. In fact, one of the most prevalent myths states that hair loss in men is inherited from the mother’s side, while in women, the same is passed on from their father’s side. Moreover, this myth became an epidemic in the year 1916, when a paper published by Dr. Dorothy Osborne stated that a specific pattern of baldness was inherited from one of the parent.

Hereditary pattern baldness, also known as androgenetic alopecia, is a genetic-based common baldness that is grounded on specific inherited genes. Although the genes are passed on to generations, the exact mode of inheritance still remains a debatable topic. While genetic hair loss is recognized as a polygenic trait in modern times, various proposed theories focused on a single dominant gene.

Traditional genetic engineering in hair loss was earlier based on a single gene approach that involved the examination of exclusive genes in a family (or a group). However, later the theory was proved wrong and it was found that hair loss is a complex trait as both sides of the family (genes) contribute to the condition.

At MedLinks, we believe that understanding the genetics of hair loss is important in the diagnosis as well as treatment of baldness. 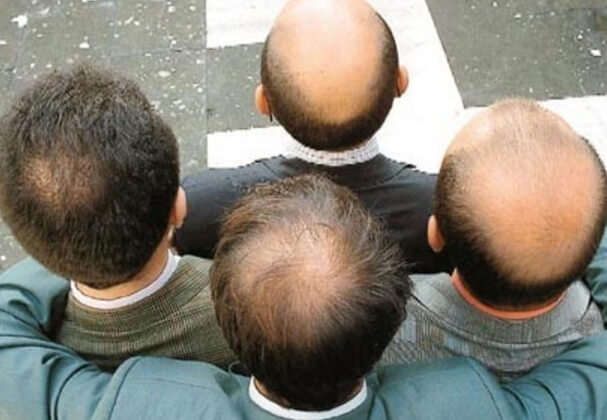 The actual reasons for hair growth and functions are still open to interpretations and assumptions. The ancient pre-historic men were much hairier than us, as it (hair) have also evolved with time. Although legit reasons behind this decreased amount of hair is still unknown, it is speculated that it is a result of clothing that ancient men started using in order to protect themselves against weather harshness. However, hair growth and pattern vary with geographical location.

Some important functions of hair include:

Apart from above-mentioned functions, hair add to the aesthetics and beauty of the human body and are an important determinant of self-esteem. At MedLinks, we understand the importance of your hair and our experts can help you with all kinds of hair-related problems.